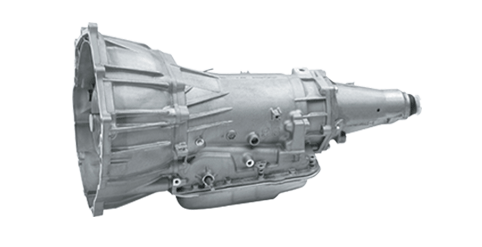 Chevy builds often feature light-duty trucks along with the GMC brand. General Motors introduced the Silverado trucks to takeover the light and medium-duty truck market. This manufacturing has proved successful and the 1500 series trucks are still in demand. Replacement parts for these builds are what can be found here. The PreownedTransmissions.com company has one of the largest Chevy 1500 transmission inventory online.

The C/K truck series was one of the most successful for GM. These early 1980s designed trucks helped to hit a niche that Ford or Dodge did not conquer. Part of the reason for the truck success has been the pairing of engines and transmissions. The Vortec base motors are compatible with most of the early 1990s and later model transmissions. The takeover in 1999 of the C/K by Silverado introduced a new line of gearboxes that were made available.

There are more than eight different transmissions used in the 1500 series trucks. The most common are the automatic editions. These are built for the 4.3 and 5.3 truck engines. These builds are 4L60E, 4L65E and the larger 4L80E. GM built electronically controlled editions in 1992 and paired these with its truck brands. These four-speed automatic builds are popular as second hand inventory through this website.

Chevy trucks also use manual gearboxes. These are often produced by third party companies under the direct OEM agreements with GM. The Allison builds made from 2001 to 2005 featured five-speed transmissions in the Silverado and Sierra trucks. Some of the stick shift editions from New Venture were used for a short time in the 2000s. The late model ZF series gearboxes are built specially for the largest Vortec engines in the GM family.

Every four or five-speed gearbox for Chevy or GMC trucks is priced in the same manner here. There is a digital program that is used to present an automatic price quote. The programming that has helped to design this system has made it quite easy to use. This means that any users of this Internet resource have access to warehouse pricing. Every build in stock is meant to be quoted online or through offline sources here.

A price quote through the toll-free number is not uncommon. This is the old method of quotes distribution. Calling a specialist to determine the warranty time frame, VIN number compatibility or asking questions is normal. The talented staff at the PreownedTransmissions.com company work daily distributing prices by phone. Every call to the company phone system is treated exceptionally well. No pushy sales people answer the phone calls. This information line is setup to promote the low company pricing.