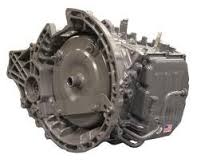 Windstar is one of the minivan types that are sold in the U.S. This vehicle brand remains a popular used vehicle due to its termination in the 2003 year. PreownedTransmissions.com is one of the resources that the American public uses to find Ford Windstar transmissions for sale at prices that cannot be ignored.

Ford originally introduced its Windstar van brand in 1994. The success of rival automakers like Dodge and Chevy help position Ford as a competitor in the van market. A little known fact about the transmissions that are used in the Windstar is the compatibility with other vehicle types. The Taurus provided many of the internal parts that were used in the Windstar up until its termination.

Like all of its vehicles, Ford used multiple gearboxes to find the right shifting power levels for consumers. The AX4S is one of the first builds that were borrowed right out of Taurus partly due to its computability with the V6 motors. This unit was later changed to include the AX4N as one upgrade option in the mid 1990s. Ford continued these pairings until issuing the 4F50N when the Freestar was introduced.

A person who is buying the OEM Windstar or late model Freestar gearboxes has many choices to make. Replacing any type of transmission requires a validation of transmission codes. This can only happen with a respected dealership. All requests for information sent through this website provides a way to guarantee to the exact codes. This is an option for all purchasers using this parts resource.

It is the cost of a transmission that nearly every buyer reviews first before a purchase. This is not taken lightly here. There are no listed used transmission prices on this website. This is done to protect the suppliers and wholesale pricing that is supplied. Every four-speed Windstar van transmission for sale through this resource can be independently quoted in price.

These quotes happen in one of two ways. The first way is to use the automated and private quotes tool. This takes the year and make of each vehicle and matches the transmission case numbers. A price is then distributed to a requester. It is even easier to get quotes by phone when calling the toll-free number supplied. Any person who chooses to explore inventory available here has these two easy price exploration options.