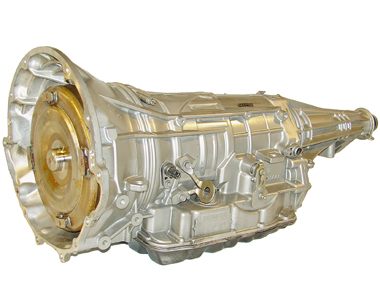 Dodge was part of the early auto industry at the start of the 20th century in the U.S. The development put forth by the Dodge Brothers resulted in quality transmissions built and sold for low prices. Long before Chrysler entered the picture, Dodge was a brand that stood on its own and gained its own reputation. Many people who purchase Dodge transmissions know the quality of this brand. A person who is unfamiliar with these units can understand quickly after an installation is completed.

Dodge has produced multiple gearboxes during the more than 100 years in operation. The earliest of assemblies were 3-speed units that were paired with larger V8 engines. The entry of the 4-cylinder transmission paved the way for future innovations for Dodge vehicles. Speeds as high as 6-speeds are now featured in many Dodge vehicles used in the U.S. and in other countries. The current development by Chrysler has introduced alternative shifting technologies that are not used by other automakers. Each used Dodge transmission found for sale here preserves the Dodge name.

One thing Dodge has done different than some automakers is the design and manufacturing of its transmissions. Instead of building many of its own units, engineers from other automaker companies were used to produce the units now found in many vehicles. Dodge has partnered with Mitsubishi, Mercedes-Benz and Fiat to help produce gearboxes for some of its famous vehicles. All of the OEM and outsourced units can be found using this company resource online. All units sold and shipped by the Preowned Transmissions company are authentic builds.

The future transmission builds like the Tremtec models are taking Dodge into the 21st century. Jeep and other Chrysler brands are using some of the created technologies that are found in the Dodge builds. Each gearbox that is positioned in the inventory found for sale here online includes a warranty. The warranties that are supplied cover a minimum of two years of protection after an installation has occurred. All manual or automatic clutch style transmissions that are distributed here are paired with this helpful warranty coverage.

How to Purchase Dodge Transmissions Online

All requests for pricing here are handled in two simple ways. The first and easiest method of learning the used transmissions pricing here is to use the quotes system offered. This is a virtual method of price distribution. The programmed system shares a direct link with the offline inventory in stock. All prices are distributed when using this online-only system. The second and quite common method of price discovery is by calling the toll-free number in place. What this does is connects any potential buyer to an experienced support staff. The immediate answers to questions, transmission code lookups and shipment details found when calling the toll-free number are helping to buyers. The preowned transmissions for sale in the Dodge family are always shipped same day.